Skip to content
Enter some text to begin search

No results, please narrow your search.

Bella was approached by the foundation to help with their branding project following a decision to rename the charity The Sir Bobby Charlton Foundation in line with a significant new direction for the organisation, and as a gesture to mark the 82nd birthday of Sir Bobby.

When Find A Better Way first started, the charity’s work to address the legacy of conflict was focused on landmines and the explosive remnants of war. This took the form of: developing new technologies that would make the removal of landmines quicker and safer; mine risk education for the most vulnerable communities where the presence of landmines and unexploded ordnance continue to threaten lives on a daily basis; and work to improve surgical techniques and prosthetics for those who had suffered explosive blast injuries and limb loss. This work continues today and has delivered some impressive results. However, following a review in 2017 the charity recognised that there is more they can and must do to support conflict-affected communities more directly. 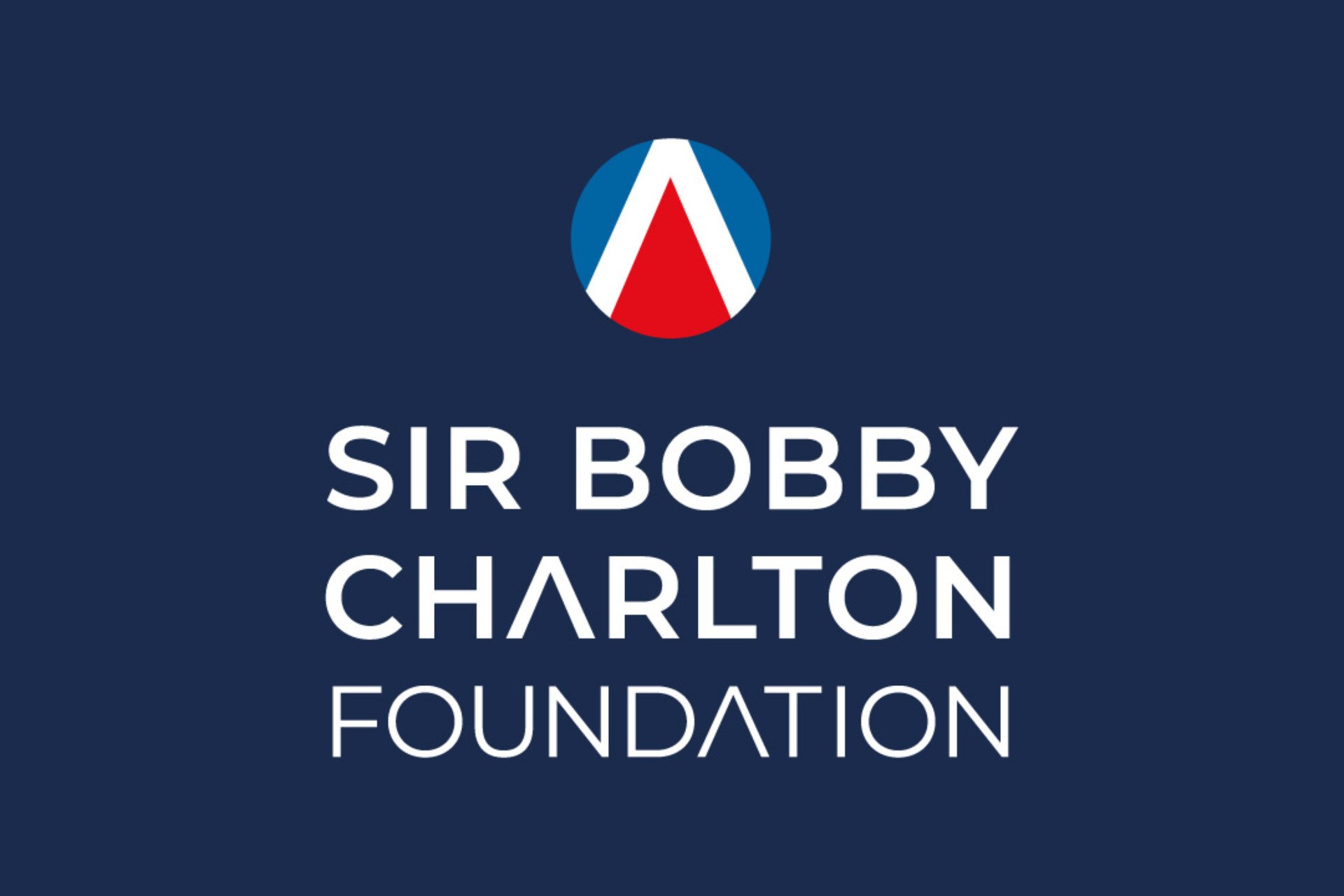 As a result of listening to beneficiaries & partners, and studying the impact of war on civilian populations, The Sir Bobby Charlton Foundation now works more holistically on conflict recovery and takes an asset-based approach to those they aim to support. They have added more humanitarian and development projects to their programmes and now conduct a wider range of training for conflict-affected communities. One of the key mechanisms for delivering these interventions are the network of conflict recovery centres that the foundation is developing in war-torn countries. While all conflicts have economic, social, environmental and cultural consequences for communities, each situation and community is of course unique and the conflict recovery centres are an asset that can be shaped to the particular needs and aspirations of people in each location. 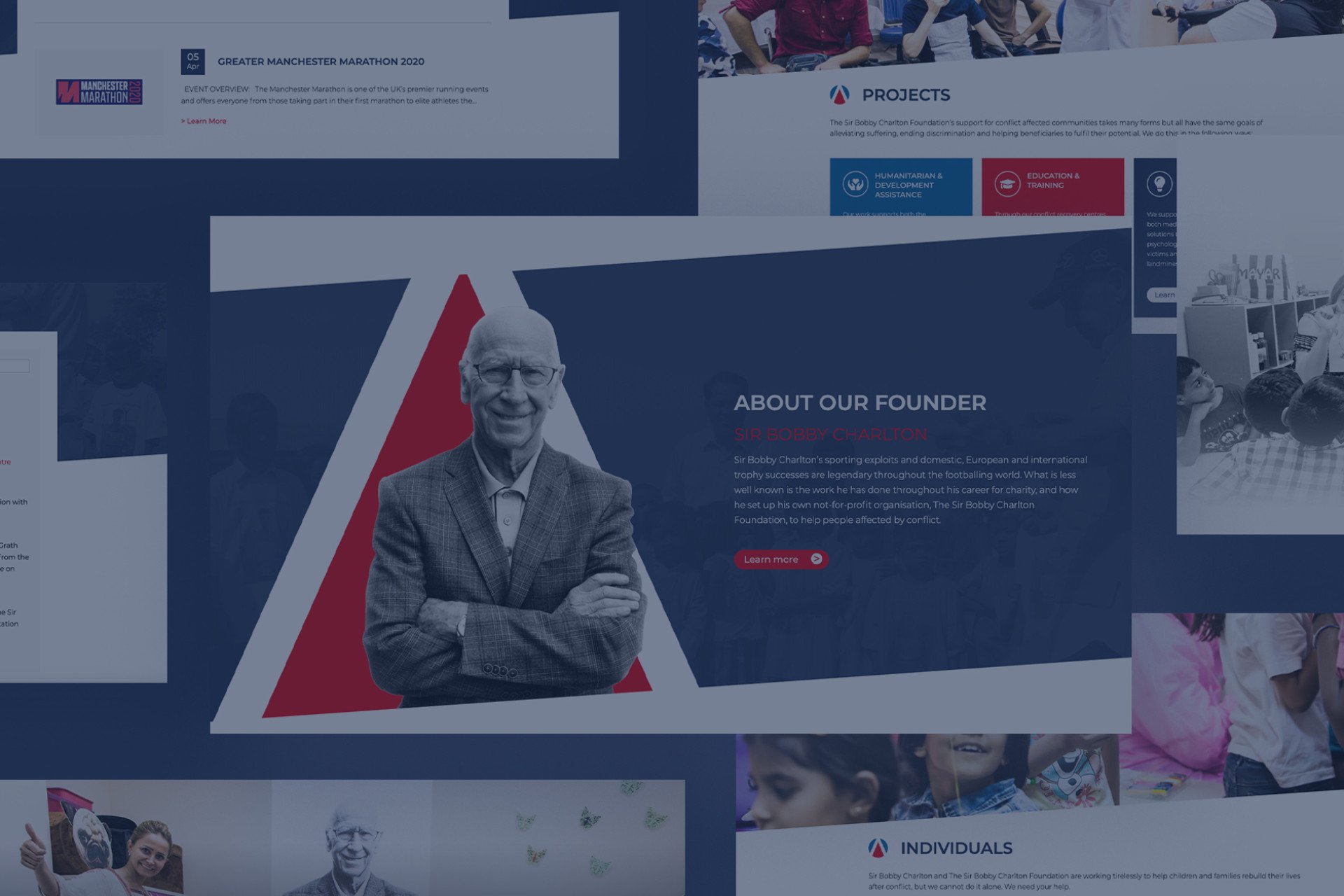 Our work initially involved the creation of a fresh brand identity for The Sir Bobby Charlton Foundation which was both immediately identifiable as new and different, but provided a subtle link to the charity’s previous name, Find A Better Way.

Our studio worked with The Sir Bobby Charlton Foundation to establish a clear idea of how they wished the charity to be portrayed to key stakeholders, businesses and the public. We then produced a series of branding concepts from which the charity could make their final choice.

The selected emblem concept represents how the charity regards the future and its desire to elevate the charity as well as people facing difficult circumstances. There is also a subtle reference to a form of shelter representing the overarching support that The Sir Bobby Charlton foundation provides to help people affected by conflict. This motif is then reflected within the typography with the removal of the horizontal bars from the letter A. 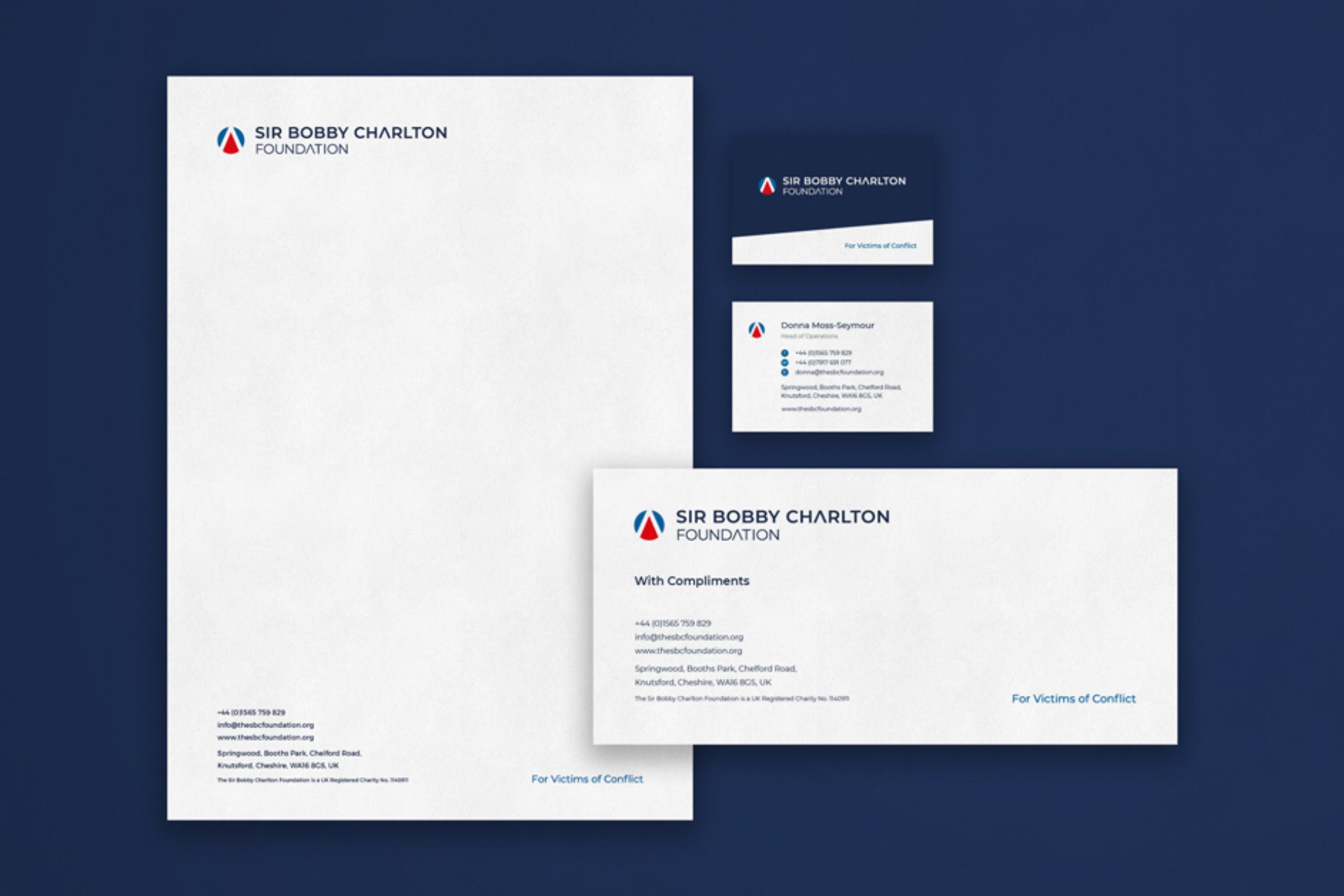 With the brand identity agreed we were then able to produce a full suite of marketing materials from business cards and badges to a new website for the Foundation.

The Sir Bobby Charlton Foundation’s support for conflict affected communities takes many forms but all have the same goals of alleviating suffering, ending discrimination and helping beneficiaries to fulfil their potential. The charity does this in the following ways:

Humanitarian and Development Assistance
Education and Training
Research and Innovation 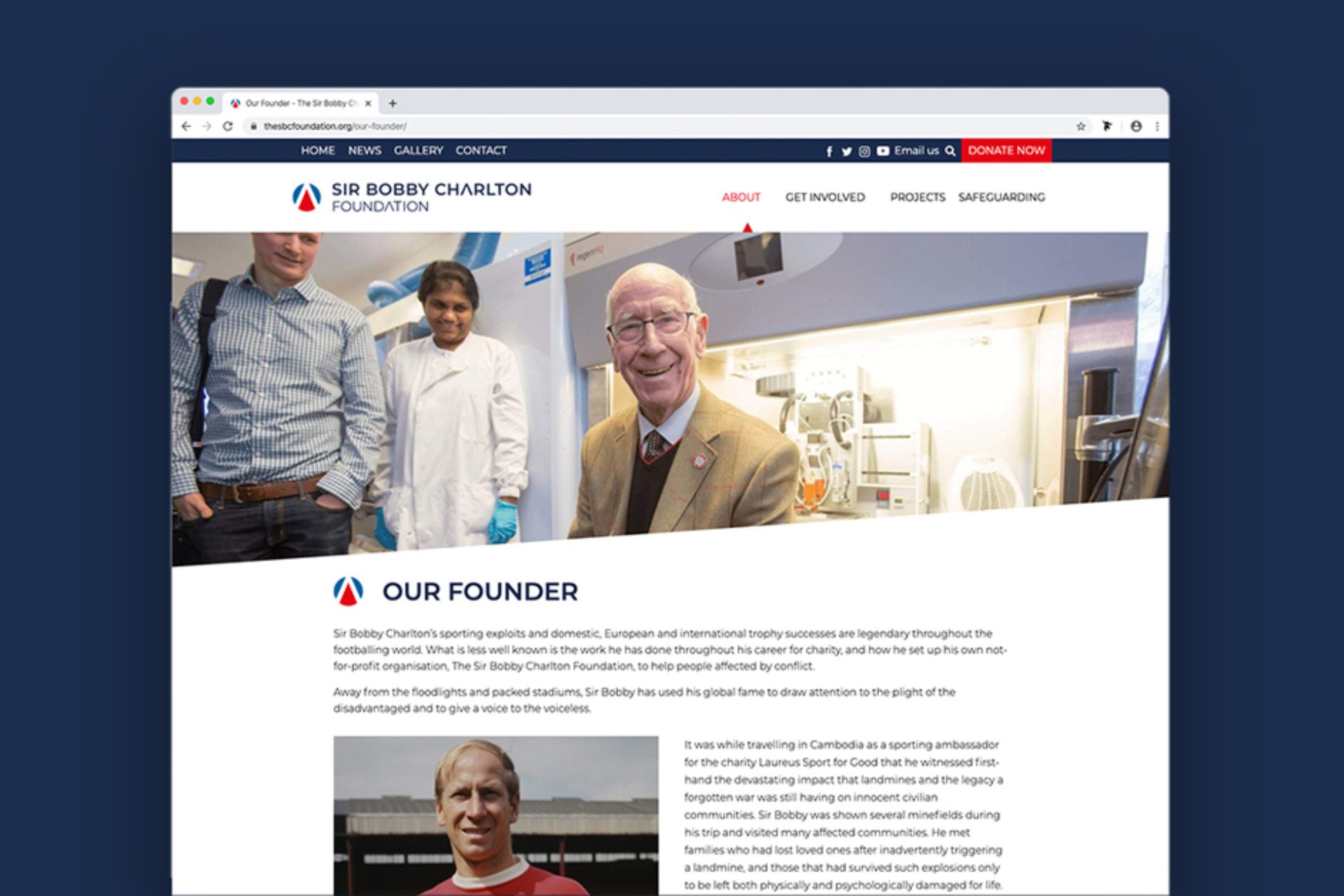 Each key area of activity is clearly described and illustrated with relevant case study content, along with strong calls-to-action to encourage visitors to learn more and get involved.

The charity offers several ways for interested parties to donate which are all represented on the website. Options include a one-off or regular charitable donation using the integrated donation tool, corporate sponsorship and becoming one of ‘Bobby’s Champions’ providing the opportunity to join Sir Bobby’s team and contribute to his goal of transforming the lives of conflict-affected communities. 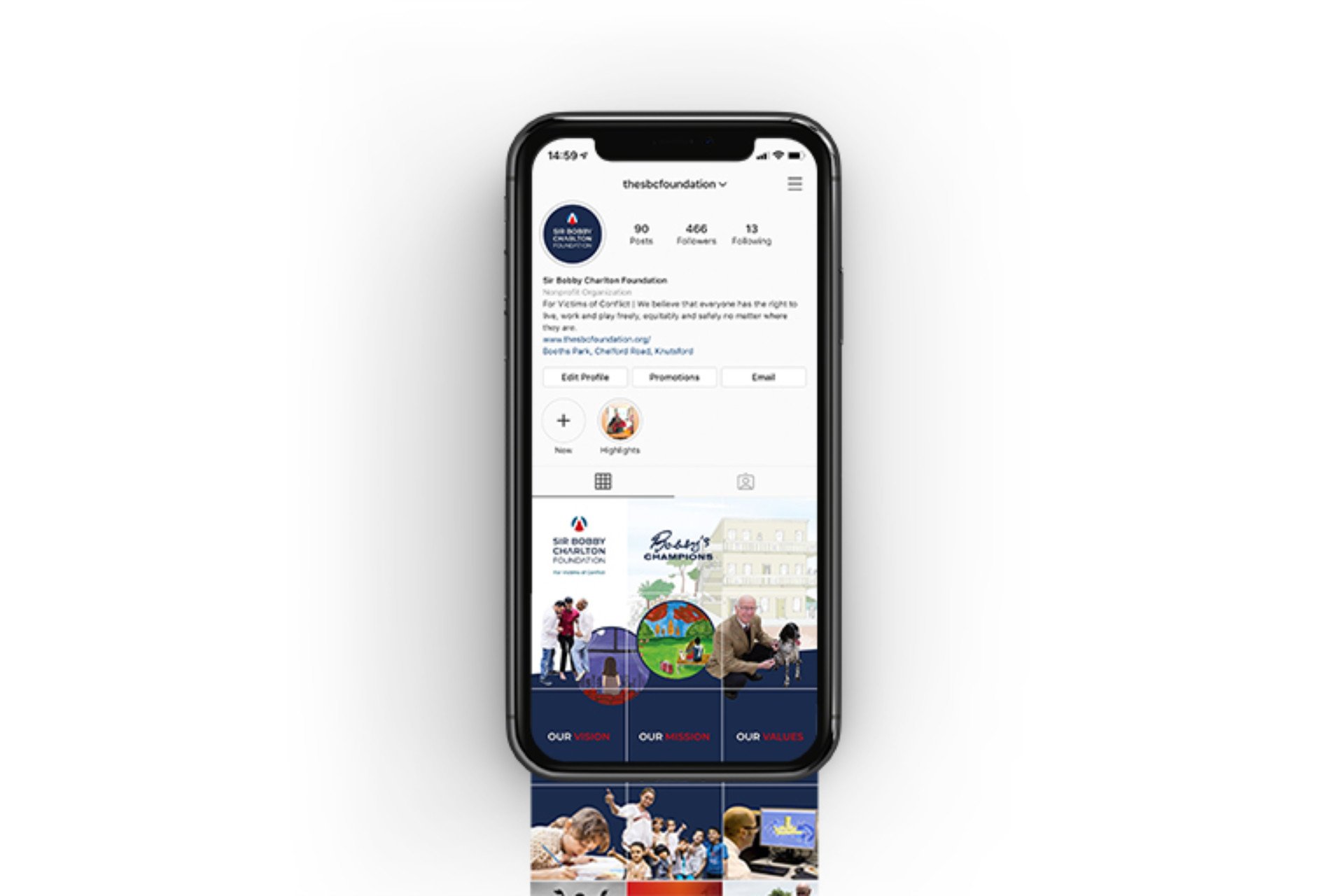 Do you have a project that we can help with?